The Promotion of Indonesian Language for Foreign Diplomats 2009 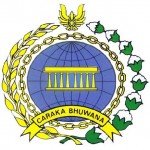 The training course will be conducted from 7th October to 25th November 2009 in Wisma Bahasa, a well-experienced Indonesian language-training center in Yogyakarta, Central Java. The program will include not only language learning but also introduction to the participants of Indonesian culture and its contemporary political, economic and social issues.

The program is marked by the extension of countries of participants from ASEAN+3 in the previous years (since 2005) to the Asia Pacific, then this year plus Europe and America countries.

The practical approach of the language program, combined with the introduction to political, economic, social and cultural aspects, is expected to enhance mutual understanding among the future leaders of the region, and, thus as one of instruments in strengthening regional cooperation.